You saw the black cat cross the hallway twice and you felt a twinge of familiarity. Deja vu. Except it wasn’t. Trinity taught you what it actually was: a glitch in the matrix. Well Gay-ja vu is like that only the black cat is the memory of that girl from camp who you just HAD TO eat every meal next to and Trinity is here to teach you that there’s been a glitch in YOUR matrix: that girl was the first girl you had a crush on before you knew you were queer.

These moments of gay-ja vu blindside me at random. When I’m drowning in mucous and my nose is all red and I’m at the grocery store trying to find soup without added sugar and I grab a can that happens to share a name with the last name of that girl from camp and then I remember when she played Mr. Weatherby in the camp production of Archie and I feel things move downstairs which forces me to release a slow, long, audible “ooohhhhhhhhhhhhhh. Well shit.” Later while sipping my sugar-filled soup (because apparently sugar-free is hard to come by), I look her up on facebook and spend probably too long staring at her display picture trying to decide whether or not it reads lesbian. I decide against sending a friend request. 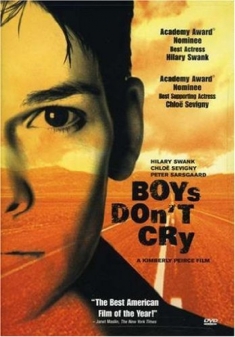 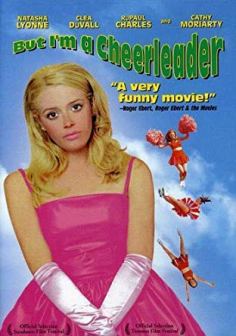 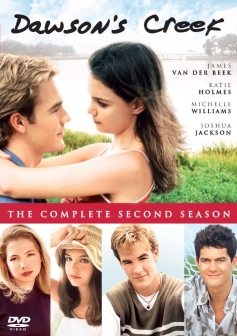 And it’s not restricted to people, but also to movies and TV shows. But I’m a Cheerleader, Boys Don’t Cry, season two of Dawson’s Creek, just a few examples of the kind of entertainment I avoided. I want to say it was done subconsciously, but on some level I definitely knew what I was doing, I just perhaps didn’t know why. Cut to fifteen years later and I’m compiling a list of my favourite TV shows and having a bit of trouble narrowing down the list to just ten for a submission package. I take a look at my DVDs that sparked enough joy to survive the purge and that’s when I see it: season one, followed by season three to six of Dawson’s Creek. Then I remember that Jack came out in season two and for some reason (eyeroll) that storyline always made me a little uncomfortable. “Ooohhhhhhhhhhhhhhh. Well fuck me.” Gay-ja vu strikes again.

Now please excuse me, there’s a lot of gay entertainment I need to catch up on.
.
.
.
.
.
QUESTION: do you think glasses, no make-up, and a bob reads lesbian? Just curious…

“Anything But Cool” A Blog